Business Travel in the United Kingdom 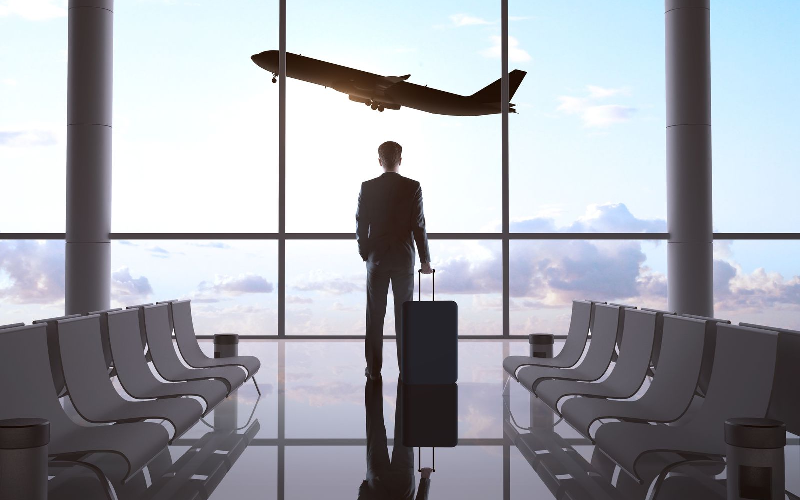 If you’re employed in the United States, and plan on travelling to the United Kingdom, you’d be wise to understand cultural differences, stressors and other factors that might play into how successful your trip is.

As workplace mental health issues rise on the corporate agenda, it is increasingly important for organisations to consider the wellbeing of their mobile workforce. From short-term travel to longer term expatriate assignments, pressures can be particularly acute for the mobile workforce. Understanding stress factors, identifying symptoms of depression, among other mental health issues, and implementing strong procedures to mitigate mental health risks, are all important in helping organisations protect their mobile employees from falling victim to workplace stress.
It is also important that businesses do not underestimate the impact a mental health issue may have on an individual as well as a business, both from a legal and business resiliency perspective. In the UK, 11.5 million working days were lost due to work-related stress, depression or anxiety in 2015-16, and accounted for 37% of all work-related ill-health cases, and 45% of all working days lost (HSE, 2016).

As Health and Safety regulators increasingly require employers to manage stress, it is crucial that businesses start to address mental health in the workplace in a consistent and effective way.

Business travellers make up over one third of the total global workforce and are exposed to some of the most common work-related stress factors, including sudden and unexpected workloads, rapidly-changing events and blurred reporting lines and responsibilities. On top of these, they face additional stress factors unique to the nature of their work, including:

And the list is constantly evolving. In the current global environment, business travellers are also faced with a perception of heightened travel and security risk (Ipsos MORI, 2016).

According to tripsavvy.com, the benefits of implementing procedures to mitigate mental health risks among business travellers outweigh the costs, and organisations are increasingly recognising this. Furthermore, employers have a duty of care to ensure the safety and wellbeing of their employees – both physically and emotionally – and organisations that fall short of this can face prosecution and heavy fines if a judge believes management has failed to protect the wellbeing of its staff.

You can tell an employee’s seniority by their attitude to business travel. If they love it, they’re a novice. If they’re indifferent, they’re in middle management. If they can think of a hundred things they’d rather do than get on a plane – like sit at home with their dogs and a log fire – they’re probably the managing director.

Business travel is a privilege, of course. If I’m tempted to resent a journey, I remember how my mother would spend months looking forward to our family’s once-a-year foreign holiday. That reminds me how great it is to be paid to board a plane. Nevertheless, work travel offers compelling proof that you can have too much of a good thing. Not only is it draining, it’s bad for your health, and the climate. Oh, and it can turn the traveller into a thudding bore.

At independent.co.uk they point out that it is wonderful to arrive home from a break feeling so calm and relaxed you could dissolve into the sofa. Now picture the poor, harassed business traveller returning to her flat after ten days away. She is frazzled, jangled, afraid to look at the emails collecting in her account, and desperately in need of… an actual holiday. You see, the joy of a holiday is the absence of a schedule. You have no tasks to accomplish, no clients to satisfy, and you are far from your responsibilities.

That is not true of our business traveller, because she arrived in Kuala Lumpur at eight in the morning (midnight her time), and had only 25 minutes to shower at her hotel before flagging down a taxi to take her through one of the city’s prodigious traffic jams. Once at her destination, she attempted to cajole Mr Important Client into signing a new order, all the while suffering a combination of jet lag, joint pain and a gurgling belly from an ill-advised serving of chilli prawns. When the working day is over, she will collapse into bed, forsaking once again the opportunity to explore the buzzing Asian metropolis. She is simply too tired. That’s business travel for you. It’s exhausting.

The UK is located in the north-western part of Europe and covers an area of 243,610 km2 (94,060 mi2). The home nations (England, Wales and Scotland) and the north-eastern part of Ireland (Northern Ireland) are based on the two large islands of Great Britain. The only land border that the UK shares with Europe is in Ireland, where Northern Ireland shares a border with the Republic of Ireland also known as Eire. The UK is surrounded by water, the English Channels to the south, the Irish Sea to the west, the Atlantic Ocean to the northwest and the North Sea to the East.

London is the unofficial capital of the UK, and is also the country’s largest city, in terms of population, and one of the most influential centres in world politics, finance and culture. London however, is the official capital of England, in Scotland the capital is Edinburgh, in Wales it is Cardiff and in Northern Ireland it is Belfast. Unlike in the United States, hiring a chauffeur service for airport transfers and other moderately short rides is common place. The good news is that the price of a chauffeur service, such as Cars Exec at cars-exec.com, has dropped such that it is quite competitive with traditional taxis. If your business provides a nice budget for local travel, then it’s to your advantage to consider making use of a chauffeur service now and then so that you can travel in comfort and stress-free.

The 2016 UK census estimated the population of the UK to be over 63 million people and this has grown to 67 million since then. There are two official languages in the UK, English and Welsh. However, over 90% of the population speak English and for the most part Welsh is only spoken in Wales. Other languages and regional dialects exist; for example, Gaelic is spoken in some parts of Scotland, although it is not an official language.

The UK can be described as a multi-faith society, although a majority of 59% classed themselves as Christian in the 2016 census. The second most prevalent religion is Muslim which is practised by approximately 5% of the population. The UK is in the Western European Time Zone and observes Greenwich Mean Time (GMT) (CET – 1) during the winter months and British Summer Time (BST) from March to October, to accommodate Daylight Saving Time (DST).

All four seasons are experienced throughout the UK, although the climate and temperatures vary according to region. Winters are usually damp and cold, especially in Scotland, with lots of snow particularly in the mountainous areas of the North. Summers are moderately warm and wet. Being an island, rain is a persistent feature for the majority of the country with the North West being the wettest and the South East tending to be the driest.